About Our Chai Spices

In India, the spices used to make masala chai vary from region to region and among households. The most common ingredients are cardamom, cinnamon, ginger, cloves, and pepper. At Island Guy With Chai, we source only the best and freshest ingredients for each of our chai varieties to create our very own unique blends. 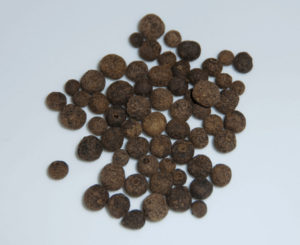 This powerful spice is actually derived from the dried fruit of the pimento tree. The flavour is certainly unique, but what makes this spice even more intriguing is the high concentration of beneficial nutrients and organic compounds, such as eugenol, quercetin, and tannins.

Unlike green cardamom, this has a smoky flavour and aroma derive from traditional methods of drying over an open flame.

Black cardamom is a perennial herb that contains numerous health benefits. For example, chewing a few seeds of cardamom can help increase your appetite.

Black pepper is a flowering vine, cultivated for its fruit which is can be dried, then used as a spice and seasoning, known as a peppercorn.

It contains essential oils like piperine, which gives pepper its bold character and heat, as well as the monoterpenes sabinene, pinene, terpenene, limonene, and mercene, which give this spice its aromatic qualities.

Cinnamon is a spice commonly used in cooking that comes from the bark of the cinnamon tree. When the bark is removed, it’s called a cinnamon stick.

A little bit of cinnamon goes a long way, and its antioxidant abilities are what makes it especially beneficial to include in your diet.

The Chilli pepper, or more simply the Chilli, has been a part of the human diet in the Americas since at least 7500 BCE. The substances that give chili peppers their intensity when ingested or applied topically are capsaicin and related compounds known as capsaicinoids.

Chili peppers originated in Mexico after the Columbian Exchange, many cultivars of chili pepper spread across the world and are now used for both food and traditional medicine.

Cloves are a spice made from the aromatic flower buds of a tree called the clove tree. Clove flower buds are harvested in their immature state, and then dried. Cloves have a sweet, warm flavor, and are intensely aromatic.

Fennel is a flowering plant species in the carrot family. It is indigenous to the shores of the Mediterranean but can be found in many parts of the world, especially on dry soils near the sea-coast and on riverbanks.

A highly aromatic and flavourful herb similar to taste to anise and can be used for both culinary and medicinal uses. It contains vitamin C, potassium, manganese, iron, folate, and fibre. It is also rich in phytonutrients and has a high concentration of essential oils.

Ginger is one of the most ancient spices worldwide and is inaccurately referred to as “ginger root”. Technically the edible section sold in the markets and used in dishes is actually the stem or the rhizome.

In many places, it is used in sweets and alcoholic beverages such as ginger beer. Ginger’s irresistible fragrance is due to essential oils which have been coveted and extracted by perfume makers since ancient times.

Cardamom has a strong, unique taste, with an intensely aromatic, fragrance. It is a spice that originated in India, Nepal, and Bhutan. Cardamom pods contain a number of seeds and the entire cardamom pod can be used whole or ground.

It is believed that cultivation of cardamom began in the tropical and humid climate in India. Green cardamom is one of the more expensive spices by weight. Luckily only a little is needed to impart big flavour.

Nutmeg refers to the seed or ground spice of several species of the Myristica genus. Myristica fragrans (fragrant nutmeg or true nutmeg) is a dark-leaved, evergreen tree cultivated for two spices derived from its fruit: nutmeg and mace. It is also a commercial source of an essential oil and nutmeg butter.